The event showcased and celebrated innovation and collaboration in the development of Scotland’s new trauma system – designed to deliver the highest quality of integrated, multi-speciality care for severely injured patients. 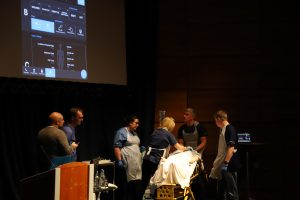 The new approach to trauma care was described by Jeane Freeman, Cabinet Secretary for Health and Sport in her opening address as:  “An exemplar piece of work and a structure are evolving across the country, thanks to the innovative work of the Scottish Trauma Network (STN).” 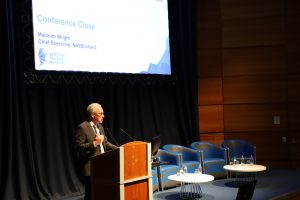 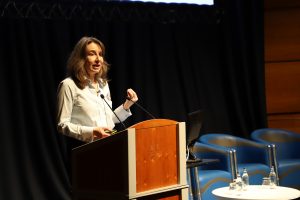 The event also saw the launch of the revised Major Incident and Mass Casualty Plan which was described by Ray De Souza, Depute Head, Scottish Government Health Resilience Unit as “a ‘concept’ of operations rather than a plan”. Its aim is to remove the anxiety of decision making from responders by providing the crucial reassurance to their teams that they are supported in the role that they play.

The plan, which is to be ready for implementation across Scotland by 1 September 2019, draws on learning from large scale incidents in recent years, with particular focus on the needs of children and the importance of psychosocial as well as physical care.

Reflecting on the success of the annual event, Dr Martin McKechnie, STN National Clinical Director commented: “This event has captured the huge amount of progress that is being made by all members within the broad and expanding STN. We are all now looking ahead to future developments presenting even more potential opportunities. Thank you to all our members for their continued support and energy which drives us forward.”

To find out more about STN developments, click here.